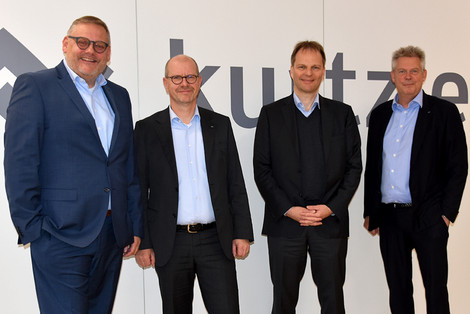 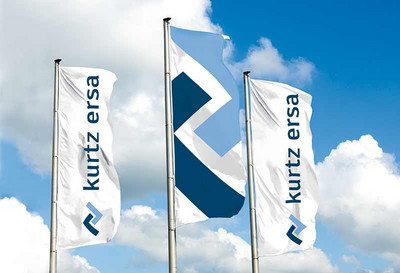 Wertheim, 28.10.2021
After 40 years of service for the Kurtz Ersa Group, Rainer Kurtz is leaving as Chairman of the Board of Management at the turn of the year. After a transitional period of three months, he will move to the Advisory Board at the end of March 2022 and will continue to work for the company as a consultant. Rainer Kurtz studied mechanical engineering (specializing in machine tools and production technology) at the Technical University of Berlin from 1974 to 1979. After an initial period at Heidelberger Druckmaschinen AG, Dipl.-Ing. Rainer Kurtz joined the company as Managing Director in 1982. This marked the transfer of operational management from Otto Kurtz (fifth generation) to his sons Walter, Bernhard and Rainer Kurtz. The responsibilities of the company, which at that time was located exclusively in Hasloch, were clearly divided between the brothers. Otto Kurtz remained active in a coordinating capacity until his old age. In 2003, an advisory board was installed and Rainer Kurtz was appointed chairman of the management board. In addition, in 1993 he took over the sole management of Ersa GmbH, which was purchased in the same year.

In the 40 years of his work, Rainer Kurtz attached great importance to strategic orientation. The company underwent major changes in recent years and today, with its three business segments, is the world market leader with an export share of over 80 percent. This also involved systematically divesting business areas that were no longer viable for the future. There was a targeted expansion in the direction of information technology and digital transformation. Training and further education, as well as sustainability, are writ large at Kurtz Ersa today. The success of new product segments such as automation or metallic 3D printing are particularly close to Rainer Kurtz´s heart.

Ralph Knecht becomes new Kurtz Ersa CEO
As of January 01, 2022, Rainer Kurtz will hand over his responsibilities to future CEO Ralph Knecht, who earned his Dipl.-Ing. (FH) at Reutlingen University (1990–95) and additionally earned an Executive MBA at the University of St. Gallen in 2016. Born in Swabia, he has significantly advanced the electronics manufacturing division as Managing Director of Ersa GmbH since 01.10.2017 and has also been Managing Director of the Kurtz Ersa Group for some time. Thanks to innovative technologies and products that are close to the requirements of the market, Ersa has strung together record result after record result in recent years under his leadership – and now accounts for two-thirds of Kurtz Ersa´s volume in terms of sales. Ersa GmbH has been able to further expand its leading market position as a manufacturer of soldering machines and soldering tools and further develop important trends in the electronics industry such as 5G communication or electromobility. Previously, Ralph Knecht worked for 22 years at Schlafhorst, the international market leader for spinning and textile machines, where he held various management positions. Under his aegis, a new organizational structure and active talent management placed Ersa´s management responsibilities on a broader footing – bringing positive effects in terms of sales and new products: His newly formed development team is now presenting 3 world premieres in mid-November at the world´s leading electronics manufacturing trade fair in Munich.

Michael Fischer new Managing Director at Ersa
Dr. Michael Fischer has already taken over the vacant position of Ersa Managing Director as of October 01, 2021. Dr. Fischer most recently worked at power tool manufacturer Fein in Schwäbisch Gmünd, where he was responsible for all technical and administrative departments of the group as co-CEO. Born in the Rhineland, Dr. Fischer brings many years of experience in the capital goods industry and specifically in process technology, fluid mechanics, plant engineering and software. The 53-year-old studied aerospace engineering at the Technical University of Munich, where he also completed his doctorate in plant engineering. Dr. Fischer will be responsible for production, development and quality assurance until the end of the year, while Ralph Knecht, the current managing director, will continue to manage sales and tools until then and will have overall responsibility for Ersa until the familiarization process and handover to Dr. Fischer is complete. Dr. Fischer has also already joined the management of the holding company and, from this position, will also take over the global coordination of the Electronics Production Equipment product area in the Group from January 01, 2022.

“After four decades in the Group, the time has come for the baton to be handed over – in Ralph Knecht we have an extremely capable manager and excellent leader who has sustainably expanded the Ersa business. I would like to thank him not only on behalf of the management and the workforce, but also on a very personal level. Dear Ralph, I am convinced that the position of CEO is in the best hands with you. And I also wish the new Ersa CEO Dr. Michael Fischer every success – with the Ersa team behind you, you will continue to drive the electronics manufacturing business forward well,” said Rainer Kurtz.